Going vegan is the new foodie trend. It’s said to be healthier, more sustainable and its popularity is on the rise. 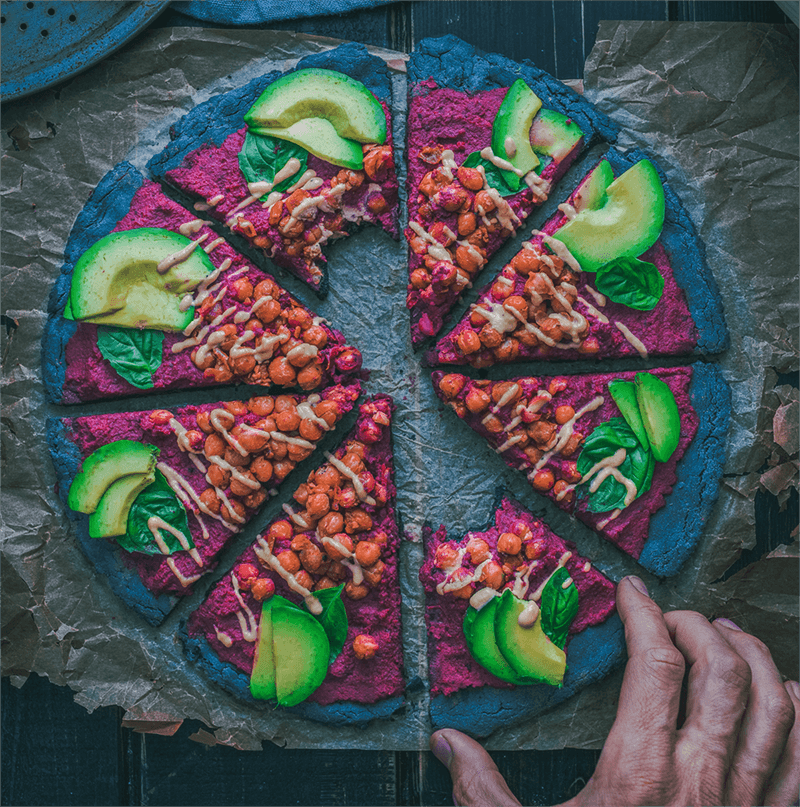 Vegan options are now available in most restaurants and even some popular high street food outlets are offering vegan alternatives. But how healthy are vegan individuals? We delve into the key veganism statistics to find out.

We used a combination of our own internal data, external data and Google Search data for this piece of research.

How many people in the UK are vegan?

Vitamin D deficiency is not unique to the vegan diet. However, there have been multiple studies which state vegans have a lower intake of both calcium and vitamin D. Our results show that vegans and vegetarians were at the same risk of low vitamin D levels as the rest of the population. Equally, their average results were in line with males and females from the general population.

Vitamin D is not just acquired from the diet. The best way for the human body to get the vitamin D it requires is through sunlight exposure. Therefore, if individuals do not get adequate sunlight exposure they are at greater risk. For that reason, the populations of countries including the United Kingdom who are considered mid-latitude European countries, have a greater prevalence of vitamin D deficiency.

Vegans and vegetarian diets are risk factors for vitamin B12 deficiency because it is mainly derived from fish, meat and dairy products. Therefore, vegans, particularly, need to ensure they eat foods which are fortified with vitamin B12 like fortified plant milk, cereals and bread.

Our results show a higher proportion of vegans/vegetarians have low or borderline low vitamin B12 levels. However, their average results still fall within the reference range.

Ferritin is a storage protein for iron and so it’s levels can be used to assess iron levels within the body. Therefore, low levels of ferritin are indicative of iron deficiency.

Some research has shown that vegetarians are at a greater risk of iron deficiency and depleted iron stores. And, blood ferritin levels are significantly lower in male and female vegetarians compared to individuals who do not follow a vegetarian diet.

Our results show that, although still within the reference range, vegan and vegetarian results are below the results of their male and female non-vegan/vegetarian equivalents. Menstruating women are at a higher risk of iron deficiency and female vegan/vegetarians had the lowest ferritin result.

Vegan vs vegetarian, what’s the difference?

Being vegetarian or vegan is not a new phenomenon and has been a lifestyle choice for hundreds of years. There have been some notable vegans and vegetarians, too like Albert Einstein and Mahatma Gandhi. However, it is undeniable that the move to become ‘meat-free’ is growing in popularity.

Being vegetarian or vegan is quite different. In most cases, vegetarians avoid eating the flesh of any animal, usually because they are against the cruel treatment of animals. Some vegetarians also choose not to eat foods which contain certain animal products like gelatine.

There is some controversy, however, when it comes to fish. Technically, anyone who eats fish but not land animals is a pescatarian. Therefore, being vegetarian implies you eat no meat at all including fish or seafood.

Being vegan, on the other hand, is not only a lifestyle choice but a way of life. Vegans are very true to their cause in that they avoid eating all animal products. For example, a vegan will not eat:

Is it a healthy lifestyle choice?

Veganism is a healthy lifestyle choice if the correct foods are eaten to provide the body with essential nutrients it needs to thrive and survive. Research shows vegans have lower total and LDL (bad) cholesterol, lower blood pressure, are thinner and have a reduced risk of cardiovascular disease.

However, vegans are at a greater risk of deficiency in certain nutrients such as vitamin B12, if they are not consumed in the required amounts. Vitamin B12 comes from mostly animal sources unless it is supplemented or fortified in foods. Therefore, it is important that vegans and even strict vegetarians supplement their diet with vitamin B12 or incorporate vitamin B12 fortified foods into their diet.

Vegans are also at risk of calcium and vitamin D deficiency, like the rest of the UK population. Most non-vegans get their calcium intake from eating dairy products, but because vegans avoid dairy, they must get theirs from other sources.

Vegan-friendly sources of calcium include:

Calcium and vitamin D are essential for healthy bones. Vitamin D predominantly comes from sunlight exposure, so it is important to utilise the sunshine during the warmer months so your skin can make it. Vitamin D is important because it regulates the amount of calcium in the body. So has vital roles in the health of bones and muscles.

However, iron deficiency is one of the most common nutrient deficiencies in the world. Generally, iron intake in vegans is greater than that of non-vegan individuals, yet their iron stores (ferritin) are often lower. A reason for this is iron absorption can be enhanced and inhibited by various nutrients present in the vegan diet. One way to enhance the absorption is to consume non-haem iron sources with a source of vitamin C.

Following a vegan diet requires careful planning to avoid nutritional deficiencies. Many studies show this can be achieved by eating the right foods. For example, vegans are at no greater risk of anaemia compared to others and generally have an adequate intake of iron.

If you have a vegan diet, then you can find Vitamin D, B12, Calcium and Iron in the following plant-based foods:

How Do You Get Enough Protein on a Vegan Diet?

How Do You Get Enough Protein on a Vegan Diet?