Vitamin B12 is a water-soluble vitamin and is also known as cobalamin. It is an essential nutrient which means the body is unable to make it itself and so we must ingest it through our diet. 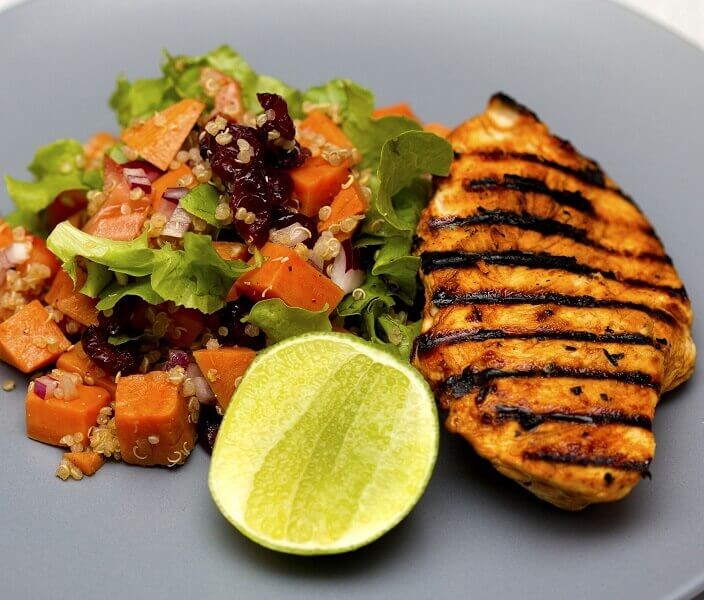 Vitamin B12 has a variety of functions within the human body. Its main functions are keeping our nerve and blood cells healthy as well as helping to make our DNA. Vitamin B12 helps to synthesise myelin, a sheath which is formed around nerve cells allowing electrical impulses to be transmitted along them.

Because vitamin B12 must be taken in through our diet, it is important we choose the right foods which contain it. It is found naturally in animal products, including:

Ruminant animals such as cattle and sheep have bacteria present in their stomachs which synthesise vitamin B12. As a result, it is found in large amounts in their meat and milk. Most individuals have enough vitamin B12 in their liver to last around 30 years, and just like us, the cattle and sheep also store their B12 in their liver too, which makes liver a good source of the vitamin as well.

Because vitamin B12 is naturally present in animal sources, it can make it problematic for non-meat eaters to reach their recommended intake. For groups such as vegans and vegetarians, it can be difficult to obtain the correct amount of vitamin B12 from the diet alone. Green vegetables provide no vitamin B12 at all, whereas some bacteria and algae can produce it. Therefore, it is found commonly in fermented foods such as nori, nutritional yeast or yeast extracts like Marmite and tempeh. Other sources include fortified breakfast cereals, but some people prefer to steer clear of processed foods, so plant-derived sources are often preferred.

If following a largely plant based diet you can test your body’s level of B12 using a simple finger-prick blood test which can be done at home and posted to an accredited lab for analysis.

Babies, on the other hand, can get all the vitamin 12 they require from breast or formula milk. If a baby becomes vegan, they can meet their vitamin B12 intake by consuming fortified products such as soya formula, yeast extract or breakfast cereals.

How much vitamin B12 do we need to consume?

Healthy individuals require only small amounts of vitamin B12 every day and this should be easily achieved through eating a varied and balanced diet.

Some examples of good sources of vitamin B12 are:

What are the symptoms of vitamin B12 deficiency?

Vitamin B12 deficiency can affect anyone, but there are certain groups who are more susceptible including:

The symptoms of vitamin B12 deficiency are:

If the deficiency is severe, it can cause neurological symptoms like confusion, depression and anaemia. Vitamin B12 deficiency is largely caused by malabsorption from food, anaemia or dietary deficiency.

Although the cause of pernicious anaemia is not known, it is more common is groups such as:

Vitamin B12 is available in nutritional supplements. It is usually present in the form of cyanocobalamin, a form of the nutrient which is easily converted into the active forms of vitamin B12.

If you eat meat and fish as part of your diet, you should reach your recommended daily intake. However, because vitamin B12 isn’t naturally occurring in foods such as vegetables and grains, vegans may find it more difficult to get enough of the vitamin in their diet alone. It is recommended that you should take no more than 2mg of supplements every day to avoid harmful side effects.

Vitamin B12 is a vital nutrient, particularly for keeping our neurological performance optimal. There are several causes associated with deficiency, but if it is due to lack of intake then supplementation may need to be considered to prevent damage to the nervous system.

If you’re feeling tired and weak a vitamin B12 test might explain why. Low levels cause fatigue, and a home B12 test will give you a quick and accurate measurement.
Vitamin B12 Test
£39
1 Biomarkers Analysed
Home test to identify low and deficient levels of vitamin B12.
Buy Test
Learn More