Thyroid Statistics UK – How Many Suffer from Under-active or Overactive Thyroid Problems? 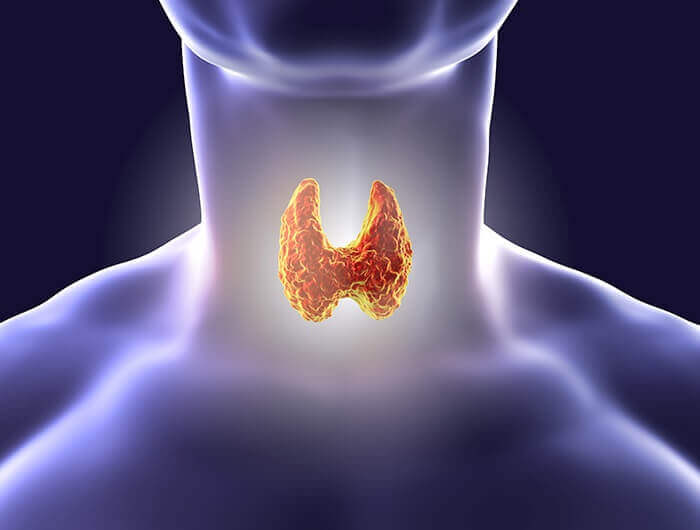 It is estimated that one in 20 people in the UK have a thyroid problem, but that statistic could be much higher with many individuals unaware they have an issue.

There are suggestions that the prevalence of some thyroid disorders is on the rise and so too are the number of prescriptions for thyroid hormones. In this blog we look at the statistics to see just how big thyroid issues are in the UK.

How many people in the UK have a thyroid problem?

We used a combination of our own internal data, NHS prescription data and Google Search data for this piece of research.

When looking at the statistics surrounding thyroid problems, it is easier to split them into their corresponding conditions. The standard test if either condition is suspected is blood thyroid stimulating hormone (TSH) levels.

This is borne out by data collected by home blooding testing service Forth, which highlights the higher incidence of an overactive thyroid in women compared to men. When hyperthyroidism is diagnosed, the thyroid gland produces increased amounts of thyroid hormones and thyroid-stimulating hormone (TSH) production is suppressed, so circulating levels will be low.

Table 1. Low thyroid-stimulating hormone levels according to age and gender.

The menopause and the thyroid gland

The menopause is a natural part of ageing in the female life cycle and induces many physiological and emotional changes.

The incidence of thyroid disease including hypothyroidism is highest among postmenopausal women. Often the diagnosis of a thyroid problem in this demographic is difficult because the symptoms are like those of the menopause and ageing in general.

Our results show that in 13.26 per cent of post-menopausal women, TSH levels are high and 6.78 per cent have reduced levels of FT4, both of which are indicative of an underactive thyroid. Several scientific studies indicate that TSH concentration is likely to be age dependent. In the Whickham survey, the incidence of elevated TSH levels is approximately 7.6 per cent in the general female population. However, in women over the age of 70 this rises to 17 per cent.

The incidence of hyperthyroidism, according to the Wickham survey, is highest among females aged 18-24. However, the symptoms of an overactive thyroid can be mistaken for those of the menopause like anxiety, hot flushes, heart palpitations and insomnia.

Our results show that the demographic with the highest proportion of low TSH levels are in women aged between 60 and 69. Plus, 4.97 per cent of postmenopausal women have suppressed blood TSH levels.

How much do thyroid issues cost the NHS?

There are two forms of levothyroxine included in this data, levothyroxine and Eltroxin. Eltroxin is a branded version whereas levothyroxine is the generic form. Generally, branded drugs are more expensive than generic forms. The NHS is more likely to use the generic version because they contain the same active ingredients. So, they work just as effectively but cost far less.

Levothyroxine and Eltroxin are prescribed for an underactive thyroid. Levothyroxine has been the standard treatment for this thyroid condition for decades.

The thyroid and doctor Google

According to Google trends data, the UK population is very much aware of thyroid problems and are keen to learn more.

What is the thyroid gland?

With the appearance in shape resembling that of a butterfly, the thyroid gland is positioned in the neck between the two collar bones and in front of the windpipe. Its most important function is producing hormones that aid in regulating the body’s metabolism.

The thyroid is responsible for producing two hormones, thyroxine (T4) and triiodothyronine (T3). In the cells of the body, T4 is converted into T3. T3 is the biologically active hormone and influences the activity of all the cells in the body.

What is an underactive thyroid?

An underactive thyroid is also known as hypothyroidism. It is caused by the thyroid gland not producing enough thyroxine for the body’s needs. Hypothyroidism results in the body’s cells and tissues working slower than normal. As a result, the intestines work slowly and can cause constipation.

Hypothyroidism is the most common thyroid disorder.

What is an overactive thyroid?

An overactive thyroid is also known as hyperthyroidism. It is caused by too much of the thyroid hormones being released by the thyroid. So, the cells in the body work faster and can lead to a faster heartbeat and frequent bowel motions or diarrhoea because the organs work faster.

Both diet and exercise can improve the function of the thyroid. Eating a diet that includes a good source of protein coupled with aerobic exercise will give the thyroid a boost in performing its duties.

Eating a healthy, balanced diet is key for any thyroid condition. Individuals with an underactive thyroid often experience constipation. So, it is vital that they increase their fibre intake to aid the function of their digestive system.

Emphasis should be placed on eating:

There is no specific diet for an overactive or underactive thyroid. However, nutrient deficiencies or excesses can make symptoms worse. Therefore, it is important to seek advice from a medical or nutritional professional before supplementing your diet.

Cigarette smoking has been shown to reduce thyroid function. Some studies have found smoking is associated with reduced TSH levels. Plus, if you have an overactive thyroid and you smoke, you are at a greater risk of developing thyroid eye disease, which in the most severe cases can cause blindness.

How Often Should A Thyroid Test Be Carried Out?

You Have an Overactive Thyroid – Now What?

You Have an Overactive Thyroid – Now What?

How Often Should A Thyroid Test Be Carried Out?