What Are The Key Fertility Hormones And What Role Do They Play?

There is a complex hormone network at play within a woman's body that impacts fertility. 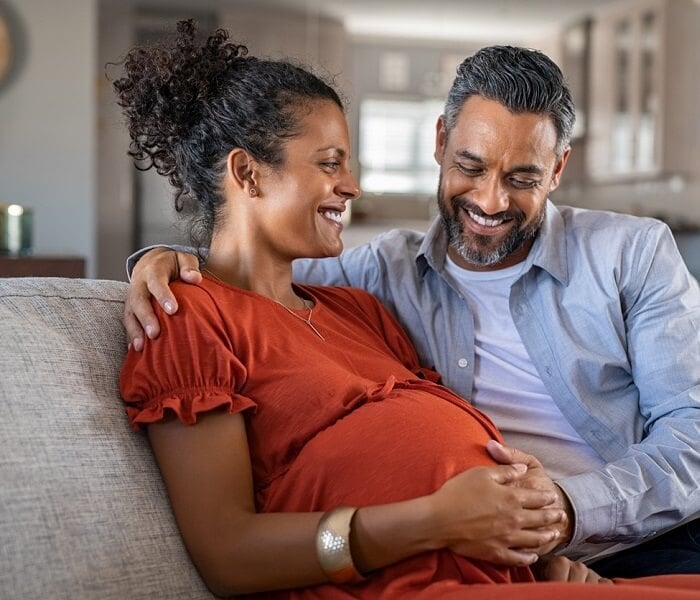 Women’s hormones fluctuate naturally across their menstrual cycle and each woman’s cycle is unique to her. The complex interplay between these hormone networks has a big role in women’s fertility.

Let’s take a look at the key female hormones that play a role in female reproduction.

The 4 key female fertility hormones are:

Age is a direct factor affecting female fertility. On average, females are most fertile in their early 20s and fertility begins to decline during their mid-30s. Before we look at the key fertility hormones, it is a good idea to get to know the phases of the menstrual cycle:

The follicular phase starts on the first day of your menstrual cycle and ends with ovulation (the release of an egg from the ovary). FSH stimulates the production of oestradiol by the follicle and both these hormones work together to develop the egg follicle further. The average length of the follicular stage is around 16 days but is dependent on how long it takes for one dominant egg follicle to emerge.

This phase begins after an egg has been released from the ovary and lasts for around 14 days. The luteal phase ends just before your menstrual period. Progesterone is produced during this time after the follicle ruptures and releases its egg, forming the hormone-producing structure known as the corpus luteum.

Hormonal imbalances can cause female infertility and each of the above hormones have key roles in helping a woman to conceive.

Follicular-Stimulating Hormone is one of the two control hormones – the other being LH – that is produced by the pituitary gland in the brain. FSH plays an important role in the menstrual cycle by stimulating the growth of ovarian follicles in the ovary ahead of ovulation, it is also responsible for increasing oestradiol production.

Luteinising Hormone (LH) is an important control hormone for sex steroid production, alongside follicle-stimulating hormone. Like FSH it is produced and released by the pituitary gland in the brain. LH is a key hormone for regulating the function of the ovaries in women.

LH’s production is stimulated by the release of gonadotrophin-releasing hormone (GnRH) by the hypothalamus. GnRH binds to receptors on the pituitary gland, stimulating it to produce and release LH. LH then travels to the ovaries and acts on them to make them produce hormones that help to release an egg from the ovary: ovulation.

Oestradiol is a type of oestrogen produced by the ovaries. Oestradiol helps to promote normal ovulation, conception and pregnancy.

A woman’s oestrogen levels naturally rise during the menstrual cycle. It’s this increase that enables an egg to develop and be released from the ovaries. Once this egg is released it can be fertilised by sperm. Oestrogen also prepares the body for pregnancy by thickening the lining of the uterus to allow a fertilised egg to implant and develop.

Progesterone is a member of the steroid hormone family, progestogens. Alongside oestrogen, it is an ovarian response hormone.

There is a complex network of hormones at play within a woman’s body that are involved in reproduction and fertility.  The four key hormones are FSH, LH which control the ovarian response hormones Oestradiol and Progesterone. Each hormone plays a vital role in the menstrual cycle rising and falling during each phase.

Each woman’s menstrual cycle is unique to her as an individual.  Understanding whether your hormones are fluctuating as expected across your entire menstrual cycle will help when planning to start a family.

Read Next: ‘Menstrual Cycle: Tune Into Your Hormones’>>